IS PERSONAL RESPONSIBILITY IN INSOLVENCY REALISTIC?

The 2012 enacted Gesetz zur weiteren Erleichterung der Sanierung von Unternehmen (ESUG) (Act to Further Facilitation of Company Recoveries) promotes debtor-in-possession management as a viable instrument for rescuing economically threatened businesses. Is this a realistic concept? Or wishful thinking? Dortmund-based company Turnaround Management Consult GmbH invited experienced insolvency administrators, bank representatives and recovery experts to debate the issue’s essential merits and demerits, basing their arguments on the well-publicised example of the insolvent agricultural group KTG Agrar SE. Up front, one thing is certain, the facilitated process is not for every enterprise – nor is it applicable to every management body thus far.

Save what can be saved. This was what legislators had in mind when enacting section 270a and b of the German Insolvency Statute (Insolvenzordnung - InsO), introducing two new instruments intended to help economically precarious enterprises to recover and carry on with their business. Law-makers hoped the enactment would prevent standard insolvency proceedings and potential asset-stripping. The idea is that debtor–in-possession management is granted to those who disclose their predicament early or in due time, while simultaneously corroborating creditor claims. The hurdles to debtor-in-possession have been set deliberately low, according to specialist lawyer Stefan Denkhaus from the law firm Boege Rohde Luebbehuesen (BRL), resulting in 270a rulings being customary practice. Debtors giving due notification of mere imminent insolvency can even appoint their own insolvency monitor, pursuant to section 270b. ‘I have never heard of an insolvency monitor being rejected on grounds of unsuitability’, Denkhaus confirmed at the discussion in Dortmund. ‘Insolvency courts even appoint imported insolvency monitors proposed by debtors.’

Admittedly, this is just the first step. Indeed, debtor-in-possession requires professional preparation – preferably two to three months before the actual insolvency petition is filed – and liquidity reserves for the duration of proceedings. ‘Otherwise you’ll be on the telephone for days, talking, for example, to Toll Collect to keep the company’s trucks from being blocked because of unpaid tolls.’ In the case of KTG Agrar, which Denkhaus served as provisional insolvency monitor, CEO Siegfried Hofreiter’s promises to raise funds were nothing but hot air. In the final recourse, business units were sold off in a frenzy to at least bring in the final harvests ‘and to salvage at least a token offering for creditors’.

‘Level-headed communication is a must’

Taking a creditor’s point of view, Tim Wierzbinski (HSH Nordbank) was fundamentally more sceptical. Not only because retaining management staff runs the risk of ‘putting the fox in charge of the chicken coop’. Keeping liquid funds in petto to continue business operations is tantamount to siphoning off creditors’ securities. Without prior and extensive communication, banks would tend to rubber hammer reactions. ‘Announcing a protective umbrella procedure out of the blue, as in section 270b, can lead to all loans being called in that very same day.’ No creditor would even consider financing to bridge the gap. Without a doubt, Wierzbinski sees creditors placed at a disadvantage, as courts deciding in favour of debtor-in-possession would rob them of their right to appeal. ‘If a creditor is leery of debtor-in-possession’, he advised, ‘she will have to use her sixth sense and file a caveat ahead of time. At least then she will stand a chance that the judge hears her out.’ By all means, a condition credit specialist Tim Wierzbinski insists on is level-headed communication on all sides, then there just might be ‘more for everyone’ without jeopardising the whole.

Andreas Knaup and Christian Lützenrath (both TMC Turnaround partners) cited numerous – previously unknown – facts and circumstances demonstrating that the debtor-in-possession process instituted for KTG Agrar SE and its wider business was doomed to end in standard insolvency proceedings. The agricultural giant may have ended up with 45,000 hectares of farmland under its plough, but most of it was leased, not owned, the fields were poorly tilled, harvest were pledged, and there was no money for new seed. Even the biogas subsidiary KTG Energie, which ought to have been thriving with 80 million euros in potential revenue, was ‘knocked out cold’, according to Andreas Knaup, its bedrock depleted by unpaid bills. There were liabilities of some 400 million euros on several loans and overdrafts. The final straw came in early summer 2016, when interest payments of 18 million euro could not be met and it was no longer possible to conceal the insolvency. ‘Income and liquidity were thoroughly off kilter’, was Knaup's assessment. ‘There were no funds left for recovery efforts. And trust in management was shattered.’

The only viable option was to rapidly sell-off companies in a bid to stave off even greater losses. ‘But how do you sell 138 companies?’ Christian Lützenrath asked, clearly illustrating the enormity of the task. As luck would have it, the Bio-Zentrale in Passau already had some prospective buyers. Thus, following a shotgun ‘bidding war’, the business changed hands after just three weeks, supplying the funds to safeguard other assets. In due course, the Bremen-based Zech Group acquired substantial parts of the German KTG holdings. Despite considerable problems, the subsidiaries in Lithuania were sold to a public company in the Baltic States.

To be realistic, any further notions of debtor-in-possession were pipe dreams. Hofreiter, who tailored the centralised KTG Group structure, was run off the farm and replaced by Jan Ockelmann as CEO. At the beginning of September 2016, the debtor-in-possession process ‘tipped’ over into standard insolvency proceedings.

Does this and other examples (German Pellets, MS Deutschland) give debtor-in-possession a bad name? Stefan Denkhaus is reluctant to point the finger at section 270a/b abusers – but does let on that in blatant cases creditors' committee members must nail their colours to the mast at the insolvency court. He claims nonetheless that debtor-in-possession is only a realistic recovery tool when annual sales reach a certain minimum – that’s at least 20 million euros. He dismisses any notion of competition from the pre-insolvency turnaround procedure according to the EU agenda, seeing section270a and b as merely an additional financial recovery instrument.
In the end, however, German legislators will look into the matter. The plan is, according to Denkhaus, to allow the reformed insolvency law to run five years and then conduct a statistical evaluation. No doubt – all speakers in Dortmund agreed – there’s room for a goodly bit of tweaking.

Stefan Denkhaus is a bankruptcy lawyer and founding partner of the Hamburg law firm Boege Rohde Luebbehuesen (BRL). He has established a name for himself throughout Germany as an insolvency administrator and insolvency monitor in high-profile proceedings.

Andreas Knaup is a TMC partner and specialist in interim management and in M&A processes – his knowledge of the latter was urgently needed in the KTG insolvency case.

Christian Lützenrath is a TMC partner and an eminent expert in M&A. His outstanding competence achieved the sale of KTG subsidiaries in Lithuania and Romania.

Tim Wierzbinski is a lawyer and special credit manager at HSH Nordbank. He also teaches insolvency law and international law at the FOM University of Applied Sciences for Economics and Management in Hamburg. 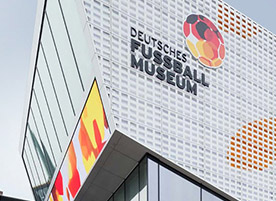